After leaving Swaziland, we drove Maggie south to explore KwaZulu Natal, the Elephant Coast and the iSamangaliso Wetland Park.

iSimangaliso means ‘Place of Wonder’ in Zulu, and the Park, which is South Africa’s first natural UN World Heritage Site, easily lives up to its name. With about 280km (174 miles) of unspoilt, sparsely-populated coastline, stretching from the Mozambique border the St Lucia Lake, including 75km of sandy coastal road between Kosi and Sodwana Bays, this part of South Africa is an absolute joy to explore overland in a 4×4.

The area is also rich in biodiversity – with over 3,000 square km of unspoilt beaches, wetlands, coastal forests, lakes and offshore reefs. We spent a good week driving through the Park, and easily could have spent much longer.

You can read about the route we took below, and follow on the map at the end of this post!

We started our journey through the Wetland Park at the gorgeous Kosi Bay Mouth, a part of the Park that many tourists do not get to explore because a 4×4 is needed to negotiate the sandy tracks. This part is also an estuary, where the river flows into the Indian ocean, and is lined by pristine beaches, full and fish, five species of mango trees and over 250 bird species.

The Utshwayelo Lodge and Campsite, where we camped, was a perfect place to explore the Mouth – it sits right on the entrance to the Mouth, and issues car permits, which you would otherwise need to get at the KZN Wildlife office in nearby KwaNgwanase (if you can find it first!). And if that weren’t enough, the site is on land owned by the Tsonga community, which receives benefits from the lodge.

We had a beautiful afternoon exploring the Mouth and spotting the Stone Fish!

Is that a stone or a fish? It’s a stone fish!

Fish traps, used by the locals for centuries 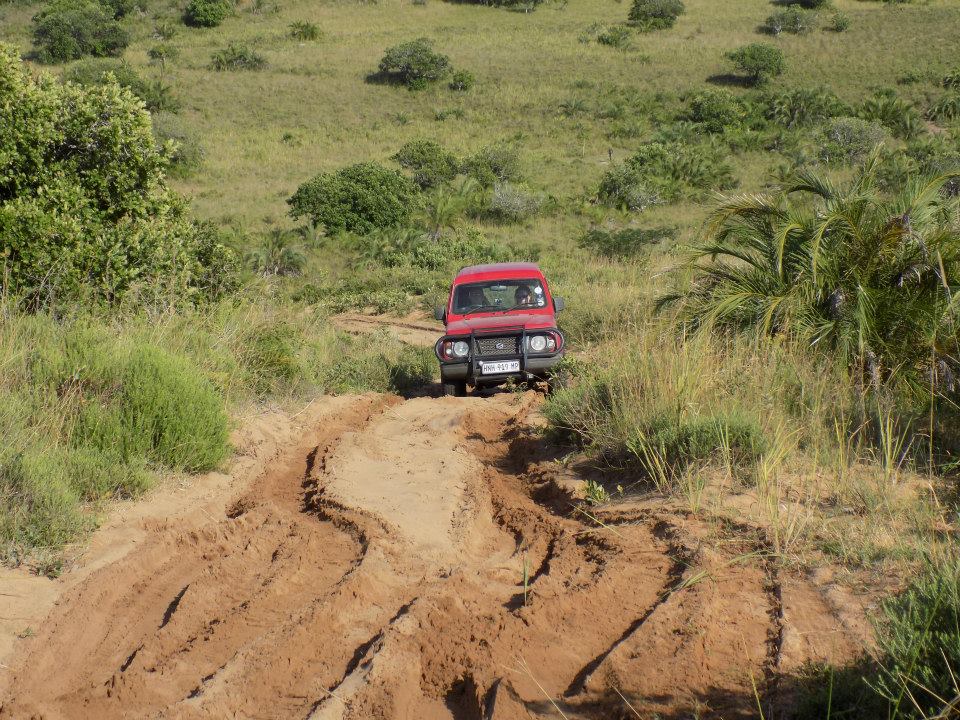 Crossroads on the sandy road between Kosi and Sodwana Bay

After leaving Kosi Bay Mouth, we skipped the busy R22 and headed south via the sandy coastal road that connects Kosi Bay to Sodwana Bay.

The track is nearly 75km long, weaving up and down through the dunes following the coast. Maggie performed like a champ – we only got stuck in the sand once, but we were able to escape with the help of the diff lock (4×4 skills are necessary here!).

With the exception of park rangers and a some villagers, we saw only one or two other vehicles the entire drive, which we did over two days (camping in Mabibi, see below).

There are several spots where you can leave the track and explore the beautiful, pristine beaches. Our favourite was Black Rock, named for the dark rock that juts out into the ocean.

We only got stuck once – but it was a challenge! 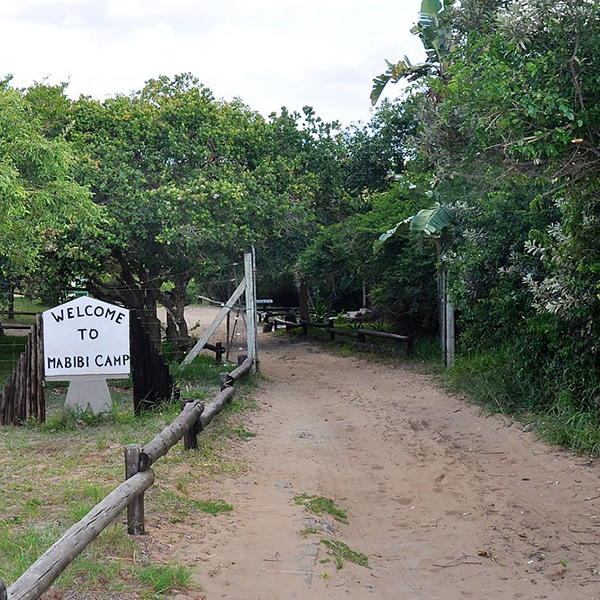 About 35km (halfway) into the coastal path is Rocktail Bay, which has two exclusive luxury lodges (for those who like to spend £500/$750 per night!) and one amazing community-run campsite, Mabibi, for those who prefer a more affordable experience. So you can guess where we stayed 🙂

We loved our experience at Mabibi campsite (GPS: S 27.33028 E 32.74726) – a truly remote, ‘stop the world’ kind of place. Each of the 10 campsites are cut into the natural sand dunes and coastal forest, providing a private and natural camping experience. No electricity here – but with just 100 steps from our campsite to an empty, beautiful beach, we didn’t mind one bit! 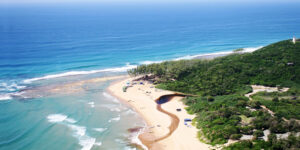 Our brave companion on Sodwana Bay beach, this crab

Finally – after 75km of sandy road, we reached the end: Sodwana Bay. We were lucky to reach the place the day after Easter holidays ended. So we had the gigantic, 400+ campsite run by KZN wildlife completely to ourselves. A bit creepy, but amazingly peaceful.

Sodwana Bay is considered one of the top diving destinations in the world, and is also home to many a nesting sea turtle. Unfortunately we were out of season for the turtles, and we didn’t get to see any. But still had loads of fun chasing camera-shy crabs along miles of empty beaches lined by sand dunes.

St Lucia and the Western Shores 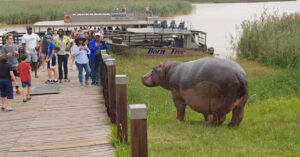 Watch our for those hippos in St Lucia!

After leaving Sodwana Bay, we headed to the tourist heart of the iSimangaliso Wetland Park: St Lucia. Before arriving, we took a drive through the ‘Western Shores’, the area west of the St Lucia estuary and beach area.

Although the area is beautiful, in an African savanna meets Lakeland kind of way, we couldn’t help but feel slightly cheated after we paid over R100 to battle what felt like hundreds of trucks carrying timber and construction materials. To boot, it was raining and all the campsites and lodges in the Western Shores are now closed, no matter what the guidebooks say.

So, feeling satisfied and as though we couldn’t possibly beat the experience we had up until that point, we headed to St Lucia for our last night to stock up on supplies and get ready for the drive south to Durban and the Drakensberg mountains (stay tuned!).