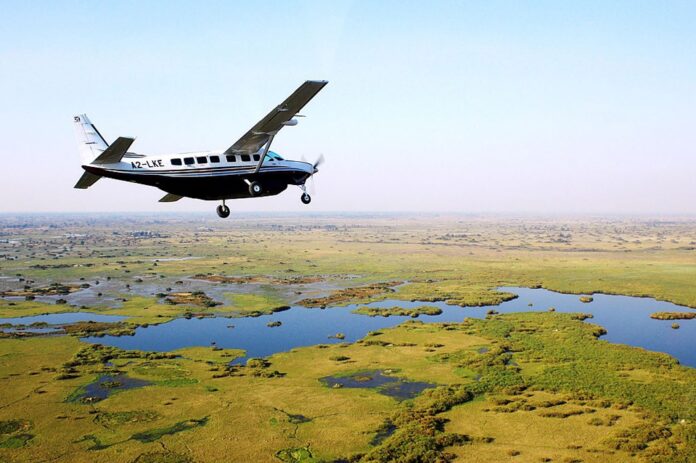 Africa is popularly known as the dark continent in the 19th century during exploration time. It was little known by people around the world and was also backward in terms of civilization. But as time went by, Africa became the light of the world, this is a place everyone wanted to visit due to its friendly people, natural biodiversity, and rich minerals.

For many years after the discovery of the natural treasuries in Africa, people have been traveling to the cradle land to experience them. The influx of travelers has been increasing year by year though still some people view Africa as a less safe place to visit. We cannot deny their view since some parts of Africa have war raged because of the power struggle among different groups of people who feel oppressed by the ruling regimes.

Though, there is some political unrest in Africa that has not stopped travelers around the world from coming to the motherland since some countries are safe to visit and have a bunch of interesting and exciting natural features to experience on a holiday.

Located in the east of Africa, a country popularly known as the pearl of Africa. The title the pearl of Africa does not just come by, Uganda truly lives up to its name. Uganda is one of the places in the world with the largest concentration of biodiversity. This is a country with everything one can ever encounter in the wild. Uganda has ten national parks but all with distinctive natural settings rather every national park has some unique natural features that cannot be found in the other. The niche tourism products that lure tourists to visit Uganda are the endangered mountain gorillas, the big five animals, chimpanzees, and different species of monkeys, a plethora of bird species of which a quarter of them are endemic to the country, and amazing tree species.

Other than the flora and fauna, Uganda has amazing flowing rivers, streams, and fresh lakes that make adventurous tourism activities viable for instance, it has the longest river in the world River Nile and also the largest inland fresh lake in Victoria which is also the source of The Nile. It has very beautiful towering mountains galvanized with greenery that would give a tourist a lifetime scenic view. Some of the notable mountains are Mountain Rwenzori, Mt. Elgon, Mt. Mgahinga, Mt. Muhavura, and Mt. Sabinyo to mention but a few. Uganda is such a safe place to visit in that every foreign traveler engages in self-drive safaris. In context, tourists book rental cars in Uganda from any reputable company to explore on their own different tourist destinations.

Also located in the east of Africa, Kenya is the most popular country in the eastern African region. It is the largest economy in East Africa and also among the largest in Africa. this is a cradle land to some popular figures in the world the likes of Barrack Obama former president of the United States of America and Lupita Ny’ongo an actress who has starred in the famous queen of Katwe, Black Panther, and 12 Years a Slave. It is also one of the safest places to visit in Africa. Many tourists have made very good reviews about its security.

Kenya is a country with a coastline on the Indian Ocean and this makes it have so many oceanic beaches to revel in while on a holiday. The famous beaches are those found in the coastal city of Mombasa. The blue ocean water is enticing to swim in and also the white sands on the shores are nice to play on and sunbathe. Kenya is covered by savannah vegetation, Lakelands, the dramatic Great Rift Valley, and mountain highlands making a rich gem for wild flora and fauna. It has lots of national parks to visit right from its capital- the Nairobi National Park, the famous Maasai Mara reserve popularly known for its yearly wildebeest migrations, and Amboseli national park offering sights of Mt. Kilimajaro in Tanzania, the highest mountain in Africa. The icing on the cake is that most of its national parks have the big five animals i.e. lions, leopards, elephants, rhinos, and buffalos.

One of the smallest countries in the East African region, Rwanda came to be known by the world during the 1994 civil war which was between the two main tribes of Hutu and Tutsi over discrimination issues. However, after the end of the war, Rwanda has become one of the most stable countries in Africa for the last two decades. It has impressed very many people with how drastically it has developed and now it is one of the most conducive places for tourists in Africa. Rwanda has loads of wildlife to encounter and also tourism amenities like hotels, banks, restaurants, health centers, and security which make tourism inevitable.

With a large garage of tourist attractions in Rwanda, there are some niche ones that entice tourists to very much want to come to the lands of hills.  Rwanda is one of the three few countries in the world with mountain gorillas up for trekking in the wild. Mountain gorillas are one of the most sought-after animals in the eco-tourism world. It is a very interesting and electric moment to hang out with the gorillas in the thickets of Volcanoes National Park. Rwanda also has chimpanzees and different species of monkeys found in the Nyungwe forest making a perfect arena for primate tracking.

Back to travel, when the name Tanzania clicks on the traveler’s mind, all he thinks about is the amazing wilderness areas that run from down to the top. Cutting the chase, these include the savannah plains of Serengeti National Park, by the “big five” game (elephant, lion, leopard, buffalo, rhino), and Kilimanjaro National Park, home to Africa’s highest mountain. Offshore lie the tropical islands of Zanzibar, with Arabic influences, and Mafia, with a marine park home to whale sharks and coral reefs.

South Africa is a country at the bottom tip of the African continent. This was the first country to be explored in Africa by the Portuguese explorer Vasco Da Gama in the 17th century. It went through turmoil during the colonial time as apartheid preceded but by 1994 the storm was over and it came to be popularly known as a rainbow country because of the many people of different colors races and tribes that lived there.

South Africa is printed by numerous unique ecosystems and thus making it the prime safari destination in Africa. It has  Kruger National Park is greatly immersed in big games. The Western Cape offers beaches, lush Winelands around Stellenbosch and Paarl, craggy cliffs at the Cape of Good Hope, forest and lagoons along the Garden Route, and the city of Cape Town, beneath flat-topped Table Mountain

Helicopter safari in the Okavango Delta