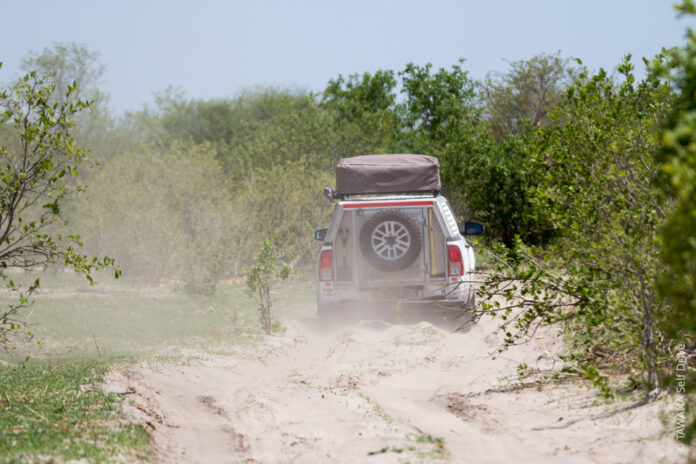 After experiencing the luscious Zambian landscapes of Victoria falls, Lake Kariba and the Zambezi, our next stop was to check out some wildlife in Zambia’s amazing South Luangwa National Park.

Wildlife fanatics will have heard of the likes of the Serengeti (Tanzania) Masai Mara (Kenya), Kruger (South Africa), Okavango Delta (Botswana), and Etosha (Namibia). But South Luangwa is one of the lesser known national parks in Southern and East Africa, which still provides an amazing wildlife experiences. During our day in the over 9,000-square-metre-large park, we counted just six other vehicles on the road – giving us the perfect opportunity to get up close and personal with wildlife without the crowds.

There are 60 different animal species and over 400 bird species in South Luangwa. Among other animals, you can hope to spot lions, leopards and many elephants. The only notable exception is the Rhino, sadly poached to extinction.
South Luangwa National Park

South Luangwa is home to the Luangwa River, which is considered to be the one of the most intact major river systems in Africa. The river is one of the park’s key attractions, and is home to much wildlife, which depend on the river to survive (especially during the dry season).

If you stick to the Luangwa river drive the possibility of viewing wildlife is fairly easy, such as 100+ herds of hippos!
Hippos-Luangwa

Apart from the many hippos that can be seen, we also managed to spot Rhodesian giraffe (also known as Thornicroft’s giraffe). ‘Oh, this is just a giraffe,’ you may be tempted to think. Wrong! The Rhodesian giraffe is a unique and geographically isolated subspecies, and Zambia’s South Luangwa Valley is their only remaining habitat.

‘But that still looks like a regular giraffe’, you might say. Wrong again! You can spot the difference in the giraffe’s extra-stripey spots…
Thornicroft-Giraffe 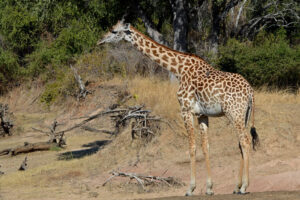 Once you separate from the game drive vehicles at the gate, certain drives loop in and around riverbeds. Here, you can find yourself being the only vehicle for miles, which gives you the feeling of having the park to yourself… Just you and the many, many Impalas.
Impala-Baboon 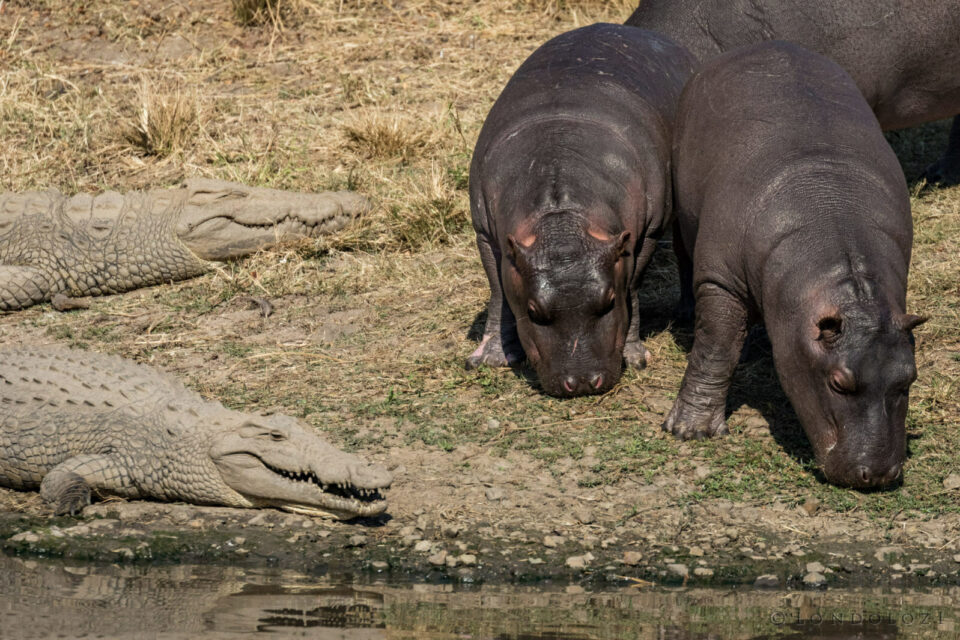 Hippo and Crocodile sharing a spot of mud. The rent is too high!

We self-drove in the park, and the roads along the river are really smooth and sandy. However, away from the river the roads have several stretches of corrugation and rocks that made game viewing almost impossible. The road signs in parks of the park are non-existent, so we recommend brining a GPS or phone equipped with offline navigation.
When to visit

The best time to visit South Luangwa is during the cool part of the dry season (April to July). At this time, temperature aren’t too hot and water levels are low, increasing chances of spotting wildlife.

It’s also good to visit from August until the rains come in November (when we visited), but be aware that it will be extremely hot (daily temps of 36-40 degrees Celsius).

It’s also possible to visit the park during the rainy season (November – March); however many of the roads will be inaccessible due to flooding and mud.
Park entry fees

In our experience, the further north you travel in East Africa, the more expensive the park fees become. This said, the fees for South Luangwa were somewhat more reasonable:

For one day in the park (note that the fees are valid for one calendar day, not 24 hours), we paid $75. We managed two game drives – one in the morning and one in the afternoon. The park gates are open from 6am to 6pm.
Where to camp

Our route to South Luangwa took us through Lusaka (the capital of Zambia), with an overnight stay in Chipati to break up the drive. The next day we drove 130km to the main gate near Mfuwe.

Sadly, there are no campsites within the park. There are, however, numerous luxury tented camps confusingly dubbed ‘bush camps’.

There are, however, a few excellent options for camping on the banks of the Luangwa on the other side of the park boundary. Closest to the entrance is Track and Trail River Camp and Croc Valley, both are decent options.

However, we felt after checking these campsites the best by far is the Wildlife Camp, which is situated a little further out from the main gate. And boy were we right – not only are the views stunning, but we also saw two female lions hunting impala just meters from our campsite!
Wildlife-Campsite

There are half a dozen decent-sized campsites each with its own boma (shelter) and power points. The beauty of this place is the opportunity to see a lot of wildlife without having to enter the park and pay the fees. The campsites sit on the edge of the riverbed, with the possibility to spot: elephants, giraffes, impala, birdlife, leopards, and lions. It was very hot during the day (+- 40 degrees c) but luckily there is a swimming pool to keep you cool!
Elephant-Hide

Elephant watching at the Wildlife Campsite

We were also treated to an impromptu game drive one evening when two lionesses were casually on the prowl for an impala. Anyone that was able to get into their game vehicle was then taken for a few km’s as we rode side by side with these lions. It’s little touches like this that make a great campsite.