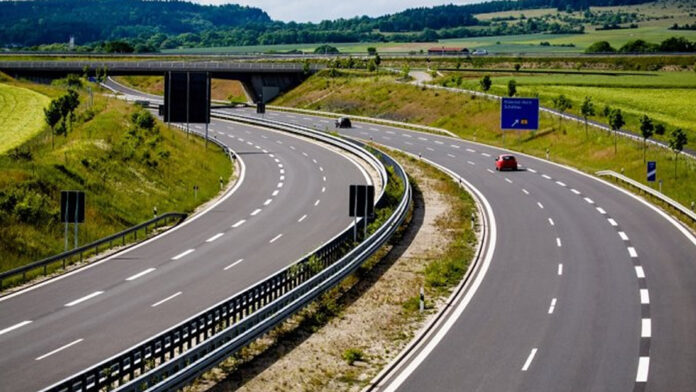 Our car shuddered to a standstill beside a wooden sign on a deserted western region part of Uganda road. “This is fountain of the pearl of Africa”, I read as I stepped from the car into the shimmering mid day heat. We’d been heading through Queen Elizabeth National Park towards the Uganda-Rwanda border, to a town called Kisoro which boasted of a very conducive climate for a night. Unfortunately as we rounded a bend I was faced with a rock slide in progress and totally misjudged the clearance of my rented car from Uganda Self Drive, a reputable car renting company in Uganda opting to try and drive over the bouncing debris. There were a series of sickening thuds and bangs which caused my partner and I to cringe, and the car to grind to a standstill after around a hundred yards, with an alarming flow of unidentified liquid pouring onto the road surface.

We both looked under the car at the damage, then at each other then down the long straight road ahead of us. On average we’d been passing another vehicle about every half an hour and we were around an hour’s drive from our isolated hotel. Around ten miles back down the road, we’d passed a small garage at a cross roads, with a sign which read ‘this shop protected by a sawed off shot gun 3 days per week. You guess which days’. We’d also seen a hand painted sign pointing to the hills reading ‘Ghost Town Road’. That was the only sign of life and it looked like we could be waiting for some time to be rescued.

After about 20 minutes, with my partner berating me for my lack of driving judgment as we sat in the now roasting car, the air conditioner having failed with the engine, I notice a speck on the horizon, tailed by a large dust cloud.”Told you we wouldn’t wait long”, I said, trying to sound optimistic. It took around 10 minutes before I noticed that I had to do some thing very fast. I reached for my mobile phone, called the car rental company from which we had hired the car. This company is so generous that it contacted it’s area agent and with in a blink of an eye a rescue car was at our footsteps and we were 0ffered another car and off we proceeded with our journey.

Eventually we arrived Kabale town which is at the border of these two countries for at least a night before embarking on our journey. Reclaimed by a hardy bunch of artists, musicians, loners and eccentrics. Today, Kabale boasts a couple of eating options, some shops and lodgings and as we trudged, sweating into town we were greeted by the site of a graveyard with tumbledown tombstones, a few scattered dwellings in various states of disrepair…and the Starlight Theatre. An incongruous sight in this far flung corner of western Uganda, the Starlight had once provided entertainment for the miners and their families. Now it had been converted into the Ghost town’s only bar, and its appearance was so unexpected I almost expected it to fade, mirage like, from view as we approached.

There are some meals that stick in your memory. Sometimes because of their quality, but often because you were so hungry that whatever you ate would seem like a sumptuous banquet. Similarly with drinks. On an occasion where your mouth is parched and dry and you feel that you’ve perspired every last bead of sweat from your body, an ice cold beer can live as long in the memory as a bottle of the finest champagne. And so it was with the icy bottle of Shiner Bock which I threw down in one gulp in that strange little bar.

The room was populated by a number of bewhiskered characters who all looked strangely similar to the mailman… in fact one of them was the mailman! He raised an arm in greeting, while some of his drinking buddies glanced in our direction but barely raised a bushy eyebrow. It seemed that two sweaty, red faced, stranded travelers stumbling into their local bar was a regular occurrence. We sank a couple more cold beers and began to consider how we’d get back to the hotel to await delivery of the replacement car. It seemed that no one was making a water run that day so we headed back to the Main Road and continued with our journey to Rwanda the land of a thousand hills. After crossing the Rwandan border everything turned different. If you are to enjoy a Rwanda self drive, be prepared for a different driving experience. Within Rwanda, driving is on the right side, just like USA! However their roads are in a better condition than most rural roads in Uganda.