Home Travel Tips How to Plan a Gorilla Safari in Africa 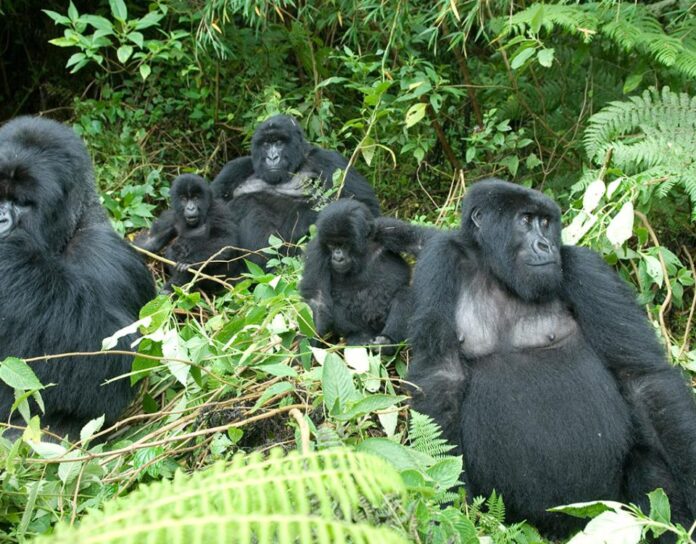 It’s known that trekking the gorillas in the thick rain forests in the central Africa is not a real science exercise. In finding the mountain gorillas, finding and getting to the mountain gorillas is also not easy as people think, nor are the trekkers guaranteed to see them. The trek of finding mountain gorillas takes you through the very dense vegetation, and along the narrow trails with the muddy and steep slopes. This search for primates can last for quite due to the primate’s move in the thick undergrowth deep into the forest at most of the times. And once these primates are found, they are wonderful to visitors since they are used to human presence.

Tracking mountain gorillas starts early in the morning and driving to the boundary of the park for the general formalities before proceeding to the ranger’s station. The safari cars are left behind at the ranger station and the walk immediately starts. The group follows instructions of the local ranger through the farmland and into the thick vegetation of Bwindi Impenetrable national park.

What to know about your gorilla safari

It’s known that one collective noun for the gorillas is a whoop, the rangers will also tell you about the real family of the gorillas you are to trek and this will give you the history as well as sharing in depth the knowledge about the mountain gorillas. The game rangers also trek to the real site where the gorillas were seen the past night of or the previous day and then  trace their own movement from there to be able to locate them for the visitors. These gorillas are also monitored daily which helps in keeping track of their locale, safety and healthy. And after spending 45 minutes to 8 hours in a challenging search along the muddy tracks, you will come face to face with a family group of the gorillas in the forest. You will  put your stuff down and remain silent as you move in a little closer with your cameras for an opportunity of viewing some of these beautiful primates.

This is the exact time where the magical gorilla trekking experience happens as this intimate and unique gorilla adventure unfolds to the tourists. You will have an hour of viewing these gentle apes at a close range of 7 metres in their natural state as you take some photos. You will get an opportunity of watching these beautiful primates as the feed, play, groom, parent and interacting with each other. The resemblance that is between the ways these primates behave and relate with each other and their mannerism of human beings which leaves many of the trekkers wondering.

Proceeding after the gorilla expedition

Immediately after spending your time with the mountain gorillas, it’s now time of returning to the trekking station of the rangers. Along the way to and from the gorillas, you can stop and have lunch that was packed as well as water. You will also arrive at the station at the headquarters and the guide will drive you back to your booked accommodation.

Gorilla tracking varies abs you never know what will happen on the ground. The exact adventure might vary depending on the local conditions like weather conditions, movement of the mountain gorillas, politics and the happenings. These also tend to be in different locations since they are wild animals, which also means that even though they are habituated by humans, their behaviors are erratic. These gorillas move into the bush while the visitors are viewing them and this is beyond your ranger’s control since their movements are restricted. The mountain gorillas carry out their daily activities uninterrupted.

Things to Consider When Renting a Car in Rwanda